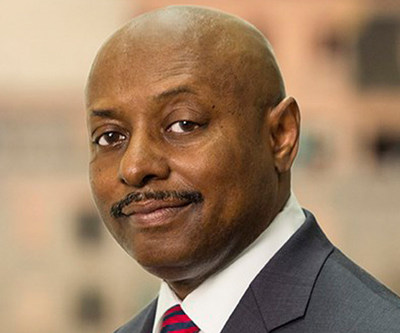 «Gene is a proven leader in public housing and public finance, and the Board of Commissioners and staff welcome him to Atlanta with open arms,» said AH Board Chairman Christopher Edwards. «He brings a wealth of knowledge and experience, and will build upon the stability and clarity of purpose established under CEO Joy Fitzgerald. We extend our heartfelt thanks to Joy for stepping in as interim CEO and for helping to transition Mr. Jones into his new role.»

«I’d like to thank the AH Board of Commissioners for their thorough, deliberate and thoughtful selection process,» said Mayor Keisha Lance Bottoms. «Mr. Jones has shown dedication, expertise and effectiveness in creating affordable housing in major cities across North America. He will be a valued leader in helping bring to fruition our One Atlanta Housing Affordability Action Plan.»

He has served in top leadership positions in eight major cities in the United States and Canada, including Chicago, where he has been president and CEO of the nation’s second largest housing authority since 2015. Prior to Chicago, Mr. Jones served as president and CEO of the Toronto Community Housing Corporation from 2012 to 2014. He also served as executive director of housing authorities in Detroit and Indianapolis, and held key roles in housing agencies in Kansas City and San Francisco.

A graduate of the University of Albuquerque with an MBA from New Mexico Highland University, Mr. Jones was an audit manager with the U.S. Department of Housing and Urban Development Office of Inspector early in his career, and served as a traffic management specialist in the U.S. Air Force.

«As we welcome the strong leadership Gene will surely bring, I’d like to say what a pleasure it has been to work alongside Joy Fitzgerald,» said AH Commissioner Petrina Howard, who chairs the Transition Committee. «Joy has provided strength, clarity and direction, and we are thankful for her devotion to affordable housing and the people we serve.»

About Atlanta Housing
The Housing Authority of the City of Atlanta, Georgia (AH) is the largest housing authority in Georgia and one of the largest in the nation. AH provides and facilitates affordable housing resources for more than 22,000 low-income households comprised of approximately 50,000 people.