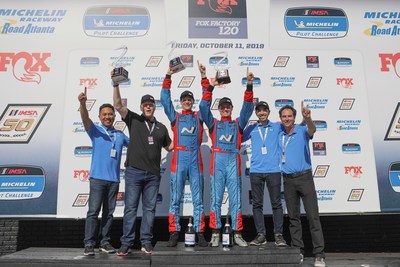 It was a tight battle throughout yesterday’s two-hour finale. Both BHA Hyundai Velosters led the race, and ultimately it was Lewis and Wilkins who scored their third victory of the season en-route to their first IMSA Championship. Teammates Harry Gottsacker and Mason Filippi had a grand finale, finishing fourth in the race and catapulting them from fifth to second in the series standings.

Bryan Herta, co-owner of Bryan Herta Autosport commented on his team’s success: «I am so proud of this team and to represent a great manufacturer like Hyundai. The Veloster N TCR is a great race car, its been a very competitive and reliable package. Our drivers and this team have done a great job…very fast and very consistent.»

Bryan Herta Autosport and Hyundai have enjoyed a lot of success in their short partnership, winning back-to-back championships in their first two seasons of competition. BHA and Hyundai won the Team and Manufacturer titles last year in Pirelli World Challenge before transitioning to the more challenging format of endurance racing in IMSA this season.

«Winning these championships is a huge step for Hyundai Motorsports, our dealers, the N performance brand and Veloster, said Michael O’Brien, vice president of Product, Corporate and Digital Planning, Hyundai Motor America. «In the world of racing, we are certainly a challenger brand and to beat great competitors like Audi, Honda and Alfa Romeo far exceeded our expectations in our first year in the series. We could not be prouder of our dedicated drivers and the level of precision in preparation from Bryan Herta’s crew.»

The championship is now complete but the season is not over. Earlier this week, Bryan Herta announced his two-car entry in the second annual Michelin IMSA SportsCar Encore at Sebring Raceway on November 9–10. This was the same event he announced his entry into IMSA competition last year. The four-hour endurance race is a non-points event, featuring LMP3, GT4 and TCR specification race cars. 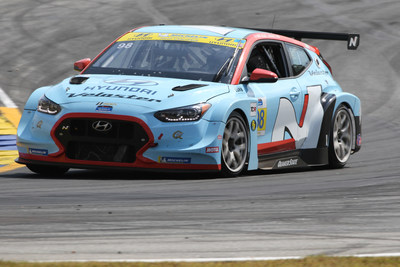 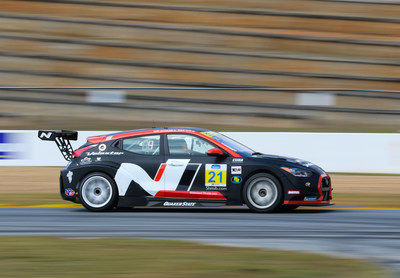 Hyundai Motor America
Hyundai Motor America is focused on delivering an outstanding customer experience grounded in design leadership, engineering excellence and exceptional value in every vehicle we sell. Hyundai’s technology-rich product lineup of cars, SUVs and alternative-powered electric and fuel cell vehicles is backed by Hyundai Assurance—our promise to deliver peace of mind to our customers. Hyundai vehicles are sold and serviced through more than 830 dealerships nationwide with the majority sold in the U.S. built at U.S. manufacturing facilities, including Hyundai Motor Manufacturing Alabama. Hyundai Motor America is headquartered in Fountain Valley, California, and is a subsidiary of Hyundai Motor Company of Korea.