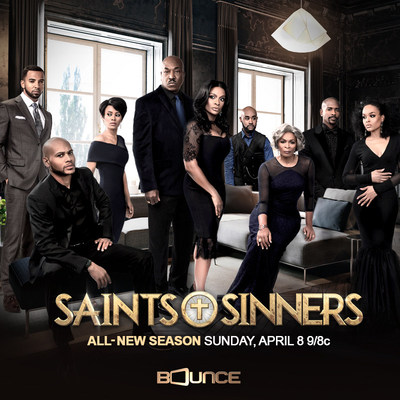 New episodes from season three of the hit Bounce drama series «Saints & Sinners» will be available to watch the morning after each Sunday night premiere on Bounce, with seasons one and two available for binge-watching today. «Saints & Sinners» returns Sunday, April 8 at 9:00 p.m. ET/PT on Bounce.

Also beginning in April, Brown Sugar will launch a new section called «Brown Sugar Roots» which will highlight iconic and essential classic urban films that consumers should watch if they are new to the genre and the service.

Brown Sugar, operated by Bounce, the fastest-growing African-American network on television, is part of The E.W. Scripps Company (NYSE: SSP).