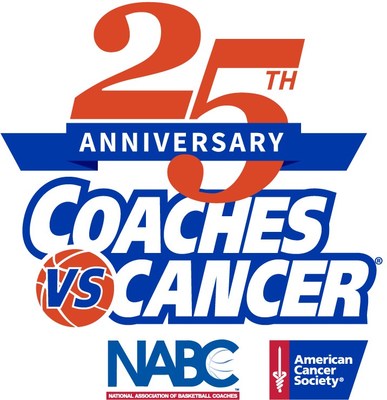 This is the first year two coaches will receive the Champion Award honoring coaches who have shown extraordinary leadership and a commitment to support the American Cancer Society’s mission of saving lives, celebrating lives and leading the fight for a world without cancer. The awards were presented during Final Four Weekend at the Guardians of the Game Awards Show in San Antonio, Texas.

Coach Kettel is the first high school coach to receive the award. He has been a passionate advocate serving as the chairman of Coaches vs. Cancer in Northeastern Pennsylvania since 2008. Kettel has raised more than $1.6 million for the American Cancer Society over the years, with the help of 42 schools and 84 boys and girls basketball teams, and through grassroots efforts, including annual kickoff breakfasts, participating in the Coaches vs. Cancer Suits and Sneakers Week, and the annual BasketBall gala.

Coach McDermott has hosted the annual Creighton Pink Out game for the past seven years and raised nearly $200,000 to benefit ACS and the American Cancer Society Hope Lodge – Omaha, Nebraska. In addition, McDermott and his wife Theresa, who is a breast cancer survivor, rallied other coaches and their schools to join them in supporting the Society and Coaches vs. Cancer. Their combined efforts have raised over $1 million.

«Coach McDermott and Coach Kettel embody the true spirit of our Coaches vs. Cancer work, and are true leaders in helping us attack cancer from every angle,» said Sharon Byers, chief development and marketing officer, American Cancer Society. «We recognize them both for their commitment and dedication in raising funds and awareness, and rallying their schools and networks in joining together as a team to fight cancer.»

Coaches vs. Cancer is a collaboration between the American Cancer Society and the National Association of Basketball Coaches (NABC) that empowers coaches, their teams, and communities to join in saving more lives. The program leverages the personal experiences, community leadership, and professional excellence of basketball coaches nationwide to increase cancer awareness and promote healthy living through year-round awareness efforts, fundraising activities, and advocacy programs.

For more information on the Coaches vs. Cancer program, visit coachesvscancer.org.