COLUMBUS, Ga., March 20, 2018 /PRNewswire/ — Sgt. Stubby: An American Hero, which marches into theaters everywhere April 13, is based on the incredible true story of the unbreakable bond between a young Soldier and a stray dog who, for his valorous feats, was the first dog promoted to the rank of Sergeant in the U.S. Army, remains the most decorated dog in U.S. Armed Forces history and is widely considered the forerunner to the Army’s working dog program. 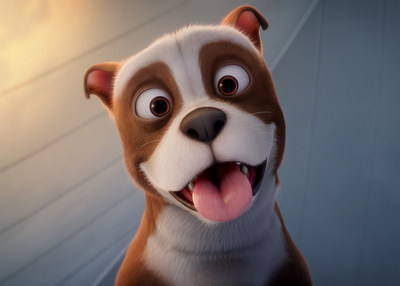 Beyond his extraordinary military exploits – well documented in history books, but largely forgotten until now – Stubby’s status as an adopted stray is earning him recognition by animal rescues and welfare organizations. As part of that celebration of this four-legged hero, Fun Academy Motion Pictures announces a partnership with the Humane Society of the United States and approximately 90 other regional and national animal organizations in all 50 states.

Partners will support the release of the film through social media, contests, movie screenings and more to promote rescue and adoption by shining a light on the special bond between people and their pets and the amazing things animals can do when given a chance.

«For all who appreciate the service of dogs in war and the ties of loyalty that unite them with soldiers and veterans, this film’s a treat.  There are few stories in the history of the human-animal bond to match the stirring tale of a special dog and a special soldier who met on the training ground and served together on the field of battle during World War I.  Stubby’s legacy as a doughboy mascot and a post-war ambassador for animal adoption and the kindness cause makes his story one for the ages — all ages!,» commented Bernard Unti, Ph.D., Senior Policy Advisor, The Humane Society of the United States.

Said award-winning filmmaker Richard Lanni, producer-director of Sgt. Stubby, «While Sgt. Stubby is entertainment for the entire family, it also shares an important, life-altering message about animal adoption with kids and is a fun way to interest them in the history of our country. When you adopt a pet, you get back as much as you give, and we are excited to share Stubby’s amazing, true story, which continues to change lives today, a century later.»

Coinciding with the year-long 100th commemoration of the United States’ role in the «War to End All Wars,» this animated «tail» stars Logan Lerman (Fury, The Perks of Being a Wallflower, Percy Jackson & The Olympians), Helena Bonham Carter (the upcoming Ocean’s 8, the Harry Potter films, The King’s Speech, Sweeney Todd) and Gérard Depardieu (Life of Pi, Cyrano De Bergerac, The Man in the Iron Mask, Green Card) and features an original score by Patrick Doyle (Brave, Thor, Cinderella, Harry Potter and the Goblet of Fire).

About the Real-Life Stubby … Before he was a hero, Stubby was homeless, unwanted, unwashed and unloved, scrounging for scraps on the streets of New Haven, Conn. in 1917—Until he was taken in by Private First Class Robert Conroy of the 102nd Infantry Regiment, 26th «Yankee» Division. In France, Stubby saw frontline action in four offensives and 17 battles. He found wounded Soldiers, saved an entire company by alerting the men to don gas masks and even caught a German spy. After the recapture of Château-Thierry, the women of the town made him an embroidered jacket that would serve as Stubby’s uniform and display his numerous awards throughout the rest of his career. His exploits made front-page news in the U.S. and earned him the rank of Sergeant, the first time an animal is recognized as having been promoted through combat. Returning home to a hero’s welcome, Stubby and Conroy toured the country leading victory parades and met three sitting U.S. presidents, among other honors. When he died, the New York Times ran an obituary longer than that of most celebrities of the day; and Stubby is honored by a display at the Smithsonian Institute.

About Humane Society of the United States
The Humane Society of the United States is the most effective animal protection organization, as rated by our peers. For more than 60 years, we have celebrated the protection of all animals and confronted all forms of cruelty. We and our affiliates are the nation’s largest provider of hands-on services for animals, caring for more than 100,000 animals each year, and we prevent cruelty to millions more through our advocacy campaigns. Read more about our more than 60 years of transformational change for animals and people. HumaneSociety.org. 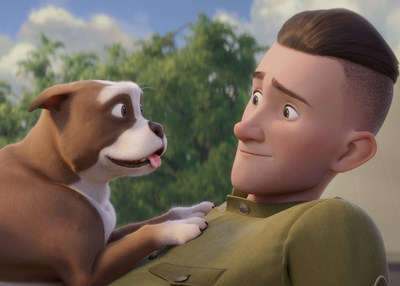