ATLANTA, May 20, 2022 /PRNewswire/ -- Blackground Records 2.0 continues the momentum with the release of Hip Hop artist Miracle King and her first single "My Dawg" with G Herbo. "My Dawg" is a mid tempo record that showcases Miracle King's range of talent while displaying lyrical ingenuity beyond her years. "My Dawg" is all about loyalty and Miracle King and G Herbo melodically paired perfectly together. "Miracle showed such a great deal of talent by taking a phrase like My Dawg and turning it into a cultured song that talks about how close relationships are. Sometimes the best way to say things is in a song", states Barry Hankerson. This is just the beginning for eighteen year old (18) Miracle King as she's ready to take the industry by storm and leave no stone unturned. Mr. Hankerson also states, "She is so talented and such a down to earth and nice person. I feel very honored to have her on the label." "My Dawg" is out now on all DSPs.

Miracle King is a young teenage female Hip Hop artist that hails from Las Vegas, NV. Miracle King had a rough upbringing riddled with crime which made her grow up sooner than most. Even through the hard times, Miracle King remained steadfast and determined to not let her past affect her future. Miracle King always used her natural talent, skills, love for music, and her pen and pad as an outlet to block out all negativity and escape reality. Miracle King is just getting started so stay tuned as there is nothing but greatness on the horizon.

Founded by Barry Hankerson initially and launched in 1993, Blackground Records became a staple name in music and pop culture in the 1990s and early 2000s with Hankerson's expert ear for artist development that would evolve into prolific careers for the aforementioned artists. Over the years, Blackground Records - with artists such as the late Aaliyah, Timbaland, Tank and JoJo - sold millions of records, had ten Top 10 Billboard 200 albums and won countless awards. Now, as Blackground Records 2.0, Hankerson plans to continue their undeniable impact on pop culture. 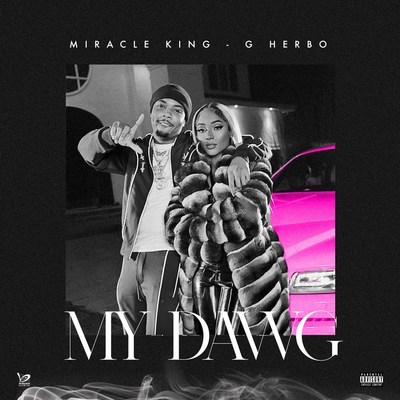