ATLANTA, May 23, 2022 /PRNewswire/ -- AMI, a global leader in the Dynamic Firmware market for worldwide computing, today announced Suzanne Spaulding, former Department of Homeland Security (DHS) Undersecretary and member of the Cyberspace Solarium Commission, as the newest member of the company's Board of Directors. She brings advanced operational knowledge in counterterrorism and cybersecurity to the security-focused firmware leader. Spaulding will support the organization's transformation as it evolves to meet and prepare for the cyber risks of the digital future. 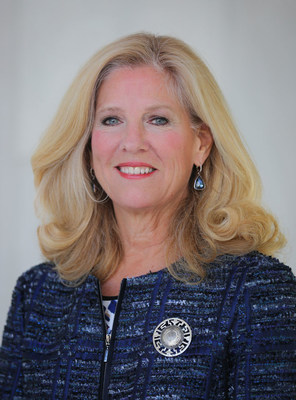 From 2013 to 2017, Spaulding served as the presidentially appointed and Senate-confirmed Undersecretary for the National Protection and Programs Directorate (now known as the Cybersecurity and Infrastructure Security Agency, or CISA) at the DHS, overseeing a $3 billion budget and a workforce of more than 18,000 to strengthen cybersecurity and protect critical U.S. infrastructure.

At DHS, Spaulding worked extensively with CEOs and other executive officials across industry sectors to understand cyber threats and manage risks. She collaborated with foreign governments on critical infrastructure and cybersecurity issues and oversaw chemical industry security regulation, biometrics and identity management, emergency communications, and the Federal Protection Service. Spaulding was a member of the board of First Responder Network Authority (FirstNet), the independent authority established by Congress to build the nation's first nationwide broadband network exclusively for public safety use.

"AMI's foundational technologies are at the heart of nearly every compute ecosystem worldwide. We keep the world's compute systems online and secure," says Sanjoy Maity, Chief Executive Officer of AMI. "With the addition of Suzanne, a world-class cybersecurity leader, our board is stronger than ever and will help shape the future of firmware security."

Spaulding served both Democratic and Republican Presidential administrations and on both sides of the aisle in Congress. She served in an advisory capacity for the Aspen Institute, the American Bar Association, George Washington University and Harvard University, among other organizations, and is a member of the Homeland Security Experts Group.

"I'm proud to lend my expertise to an industry leader like AMI. During the more than 40 years I've spent in the private sector and government, the world has seen tremendous growth in the scale and frequency of malicious cyber activity. As a result, government and industry realize that securing firmware is critical for the overall security of the public and private sectors. As AMI has been a leader in promoting firmware security, I am proud to contribute to the continuation of these efforts," says Spaulding.

Spaulding has been a frequent commentator in public media and was regularly asked to testify before Congress on matters of national security. Spaulding earned her J.D. and B.A. at the University of Virginia.

About AMI
AMI is Firmware Reimagined for modern computing. As a global leader in Dynamic Firmware for security, orchestration and manageability solutions, AMI enables the world's compute platforms from on-premises to the cloud to the edge. AMI's industry-leading foundational technology and unwavering customer support have generated lasting partnerships and spurred innovation for some of the most prominent brands in the high-tech industry. AMI is also a critical provider to the Open Compute ecosystem and is a member of numerous industry associations and standards groups, such as the Unified EFI Forum (UEFI), PICMG, National Institute of Standards and Technology (NIST), National Cybersecurity Excellence Partnership (NCEP), and the Trusted Computing Group (TCG).